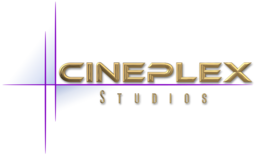 Fred Copeland – ‘This is why I do the things I do’ – as the founder and driving force behind one of the most unique production companies in the Hollywood industry. Cineplex Studios is not what you would call the typical production company.  In fact, it’s far from it.

Fred Copeland founded Cineplex Studios back in 2004 and in 2009 created its signature production called, Journey, as sci-fi series.

Fred started out in the television industry back in 1983 and since then, has developed many shows that have aired local Los Angeles television KXLA and KVMD as well as Fox-TV, ABC-TV and the CW.

Today Cineplex Studios focuses on producing the sci-fi series, Journey.  This is done by private funding from people who believe in the Cineplex Studios concept of giving upcoming actors an opportunity to showcase their work including internationally on Amazon Prime.

Actors coming to Cineplex Studios looking for money are greatly disappointed and quickly leave.  Making money would be great but this is not about that.  This is about the art of television production and story-telling above all.  It’s about seeing the story come to life in front of our eyes while at the same time, giving the actors a platform to learn and grow from.

Cineplex Studios has operated with a zero budget from the beginning and continues that tradition to this day.  We pride ourselves on the fact that we have created a company that has isolated itself from corporate America.  This means that we are not subject to ratings or arbitrary cancellations by corporate executives. There is no one telling us how to produce our shows or what kind of content to show, based on popular passing fads.

Actors who are selected to be a part of Cineplex Studios productions gain valuable hands-on experience that they cannot find elsewhere, including the most advance acting schools.  Nothing beats actual on camera TV series experience and Cineplex Studios is it, when it comes to that. Our actors are given IMDB credit and their edited scenes for their reels that would normally cost them hundreds or even thousands of dollars, for free.

Our company is not for everyone and Fred Copeland recognizes this as many people have come and gone, while others have stayed many years.  Cineplex Studios continues to help actors learn and grow and will continue to do this for many years to come.

‘It’s all about seeing my story come to life and being able to control how it comes together, while at the same time helping actors in their career.’

Being in Hollywood but not of Hollywood is what makes Cineplex Studios a one-of-a-kind unique and great production company!

The owner of Cineplex Studios,Fred Copeland, with the cast of Hawaiian Sovereignty, now showing on Amazon Prime

Cineplex Studios and the man behind it all